I could eat strawberries until my lips started to sting from all the citrus, they are so delicious and so fleeting. There are only really a couple of weeks when local strawberries are at their peak. I always thought there were just Maine strawberries, period. But, lately on a picking trip to Milkweed Farm in Brunswick, where they are having pickers for the first time this year, I learned the delightful names of many varieties that sparkled in the sunlight like little gems on a hot day in early July. Lucretia Woodruff, who owns the farm with her husband, Mike, recently taught a workshop on gathering and using herbs for their medicinal properties. I wrote about this in my last blog and it led me to follow up with her only to find that I could now come pick strawberries at her farm – what a treat! By July 2nd, Lucretia told me that the Earliglow and Honeyoyes had past, as had the early glows, but we were enchanted by the Sparkle and Jewel varieties. In no time with three pickers, we picked 8 pounds of strawberries. Intending to make jam with them, I bought a dozen jars, but a slew of summer guests decimated that supply in less than a week. In need of a resupply, we returned the following week to find that peak picking had already passed, but with a little bit of careful hunting, we were still about to fill up four quarts (and likely eat another one along the way. Lucretia and Mike have grown strawberries for several years, experimenting with growing them organically, which has its challenges. Keeping weeds down and bugs away aren’t simple without spraying the plants. But, they have had success using straw and have tried using clover as well. This was the first year they decided to give a go at opening things up to pickers and it has been a success. In fact, they’ve even sold some at the Saturday Farmer’s Market at the Buckwheat Farm stand.

I did mention that we ate 8 pounds of strawberries in six days, which means we came up with some creative uses. Here are a few recipes – one complex and two simple. The first one is a Strawberry Pazzo Cake, which translates to “Crazy” cake from the Italian. The others are cool summer recipes that are fun with kids or with friends. The next one I cheat a bit and use frozen lemonade because smashing strawberries and squeezing lemons is a little much. And the last one is super simple too, but so delicious. You can also turn either of these last two into popsicles. 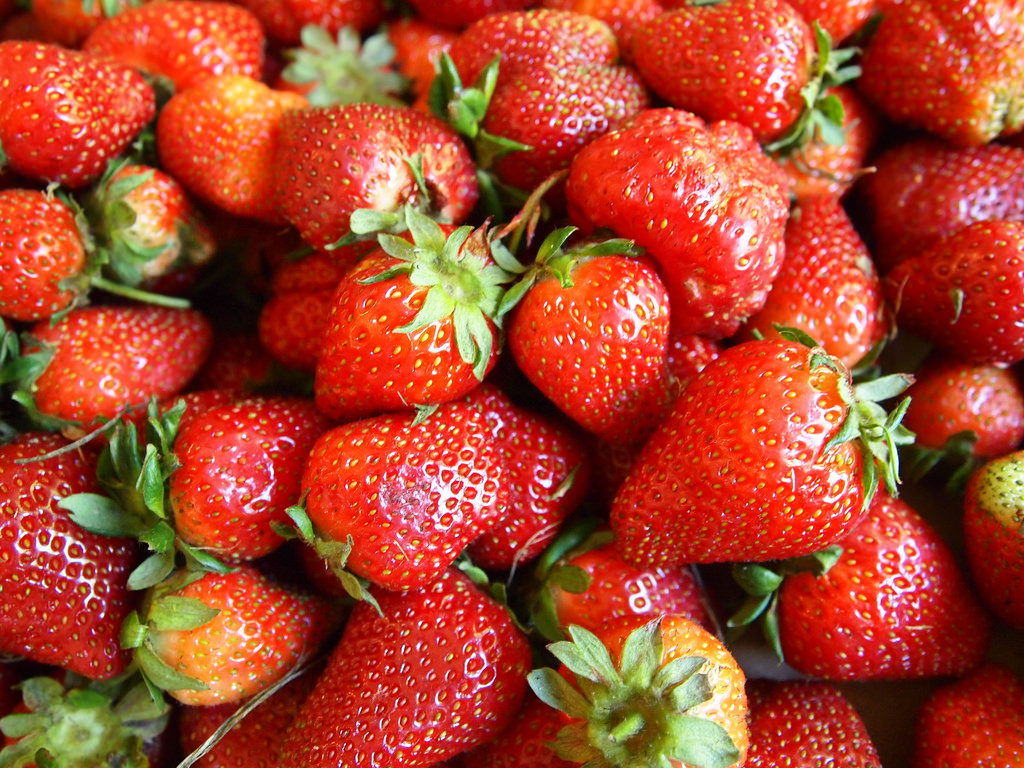 1 pint fresh strawberries cut in half 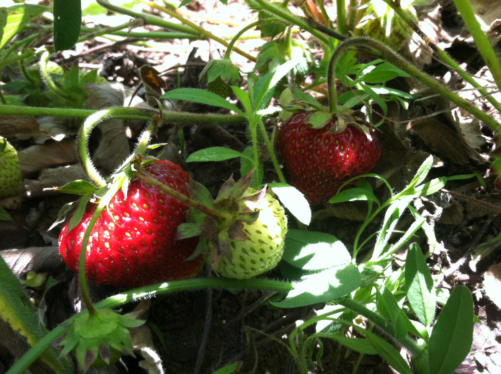 2 quarts fresh strawberries cut in half