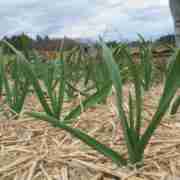 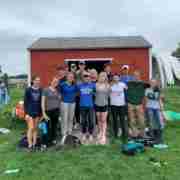 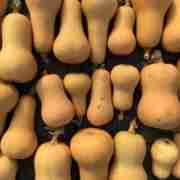 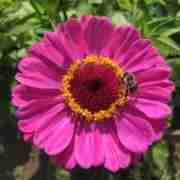 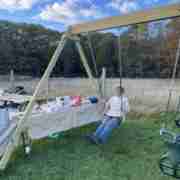 The Tom Settlemire Community Garden (TSCG) is an organic community garden owned and managed by the Brunswick-Topsham Land Trust. The Garden is located on Crystal Spring Farm, a 320-acre working farm owned by the Land Trust. The Tom Settlemire Community Garden enriches hundreds of lives each year, providing local food, gardening education, produce for the Mid Coast Hunger Prevention Program, a therapeutic environment for those with physical disabilities, volunteer opportunities for people of all ages, and above all a tremendous community of friends that will welcome you.

We invite you to visit the garden! You’ll find it at the end of Maurice Drive (off Baribeau Drive), adjacent to a trailhead and the community Labyrinth in the Woods.

Click here for directions to the Tom Settlemire Community Garden

Know Before You Go

Everyone is welcome, please enjoy the efforts of our growing community, & please follow these guidelines while visiting the garden

The purpose of the Tom Settlemire Community Garden is to provide intergenerational organic gardening opportunities, increase the availability of locally grown food for the alleviation of hunger in our community, and offer accessible experiential gardening education to the people of the greater Brunswick & Topsham area. 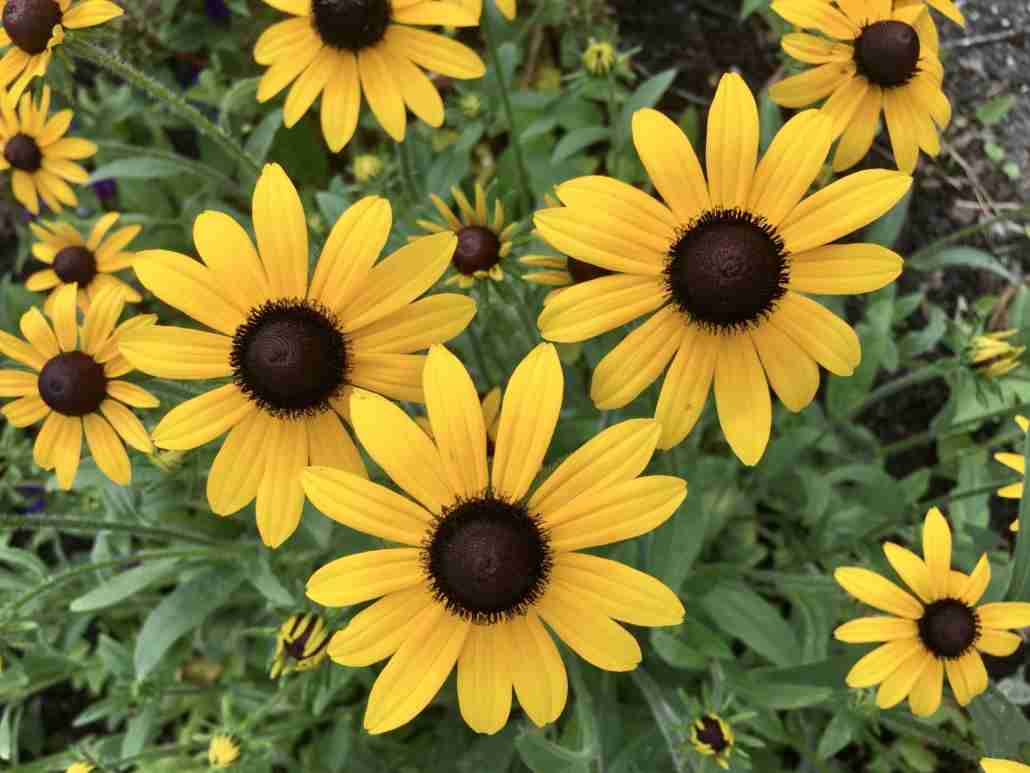 History of the Garden

Since the Brunswick-Topsham Land Trust began their community outreach and fundraising effort to purchase and protect the 321-acre Crystal Spring Farm, one of the most common responses was, “What a great spot for a community garden!” Just a mile-and-a-half from Brunswick Village, close to the schools and numerous retirement and rehabilitation facilities, and with nearly 200 acres recognized as prime agricultural soil by the State of Maine, the “rural heart and soul” of Brunswick has a lot to offer the community.

The Land Trust completed the purchase and protection of Crystal Spring Farm in 2008 after raising more than $2.5 million in two capital campaigns spread over 15 years of outreach and community building. The Farm has become the Land Trust’s signature property– home to five miles of trails, the busy Saturday Farmers’ Market, a fully operating farm, and numerous community events each year.

In 2011 the inspiration for a community garden finally coalesced when a speaker from the Cumberland County Extension Service spoke to the Land Trust’s Agriculture Committee about ways that the Land Trust could work more closely with Extension. Several members of the Committee got particularly excited about the idea of creating a Community Garden in collaboration with Master Gardeners from the Extension Service. “There is such strong interest for this in our community,” said BTLT director Fred Koerber, who chaired the Agriculture Committee during the development of the Garden. “We felt we needed to open up opportunities at Crystal Spring Farm for everyone by being innovative and creative.” 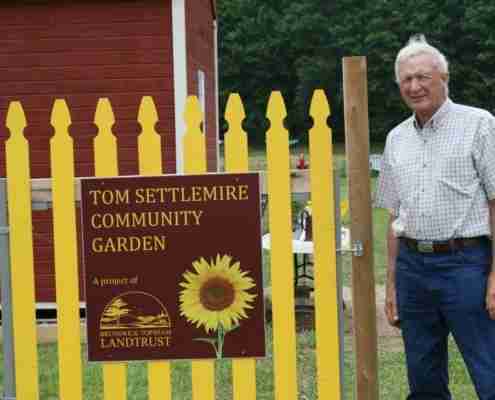 In honor of Tom Settlemire – a former Land Trust president and longest-serving Director and current board member, tireless campaigner for the protection of Crystal Spring Farm, retired Bowdoin biology professor and longtime sheep farmer – the community garden was named in his honor. Tom has led the way in making Crystal Spring Farm a major force in the local food economy, and has played a prominent role in the establishment of the garden – both on the ground tilling soil and building fences, as well as in the planning and behind the scenes through efforts such as establishing the Marilyn Settlemire fund – a scholarship program for low income families to cover plot fees and garden costs, and provide mentoring.

After many years of vision, planning, and raising awareness, in the spring of 2012 hundreds of volunteers came together to till, dig, and build the Garden’s individual plots, install a perimeter fence, place a shed, and build compost bins. In addition, the Land Trust worked closely with Mid Coast Hunger Prevention Program (MCHPP) to develop the Common Good Garden (CGG) – an area of the garden where plotholders and other community volunteers grow food for MCHPP’s pantry and soup kitchen. The community, local funders, volunteers, and Revision Energy joined forces to install a creative solar-powered water system, which was expanded in 2013 to include an automated irrigation system that significantly increased the yield and decreased the demand for volunteer hours to water in the Common Good Garden.

The first several seasons of the TSCG were a huge success: all plots were leased; thousands of pounds of fresh local food have been infused into our local food system including over three tons of produce grown for MCHPP; hundreds of volunteers helped to build the garden, install the solar-powered irrigation system, plant an orchard, and do all the maintenance and upkeep; and dozens of teens and hundreds of youth, college students and others have visited the garden to learn, volunteer, and relax. Now a decade into growing, TSCG has cemented its place in the community and continues to offer a space to learn and grow together.

The TSCG is a beautiful, vibrant space ready to evolve and meet the needs of its growing community. We are excited to share this space with you!

Have a question or something to share? Fill out the form below and we’ll be in touch soon!