The Hopefulness of June

The Hopefulness of June

When I signed up to write a blog about the hopefulness of June, it was sometime around the new year, when seed catalogs and my strawberry jam and basket of garlic in the cellar were the closest connection I had to gardening. Of course, I had no idea what this season might bring, as is the lot of every farmer and gardener that has ever been. But most Junes are the time when all is hope and green-flourishing. By August, the squash beetles have taken over, tomato blights are browning leaves as fast as the plants are making new ones, and even early crops that have done well are passing their prime and leaving the garden more golden than green. By late summer and fall, the garden is a place of reality – you can pretty well see what you’ve gotten and what you might yet get from the generosity of god and mother nature, and your own hard work. But in June, in June when you are still shaking off the pallid white skin of the winter months and settling seeds and roots into the ground, all is hope and faith in the bounty yet to come. 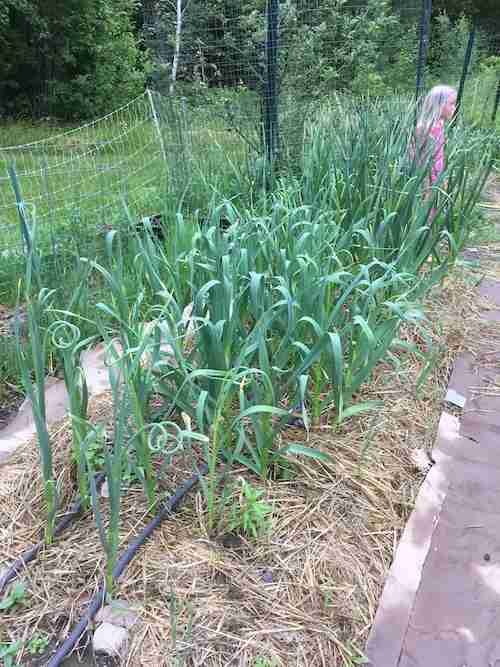 My (primarily) vegetable garden is approximately 25’ x 60’ of heavy marine clay along the upper reaches of Middle Bay. For nearly a decade I’ve built up the soil with compost from my kitchen and hen house, and countless layers of straw, seaweed, wrack, and cardboard. For the most part, it grows well, though, it has its nuances. In the spring the soil stays cold and damp much later than many other gardens in Brunswick (folks on the glacial outwash which is like digging into Popham beach for several feet down, couldn’t have growing conditions more unlike my potter’s-grade grey clay about 6” below the organic horizon). So my peas go in late, or else they rot in the ground (a mistake I’ve made far too many times). As the soil warms and the season dries out, any area of soil not heavily mulched turns to hardpan – clay pots – which seizes up around plant roots and seeds and crushes them. The nitrogen in my soil is very high, so my flower beds tend to have big, bushy, beautiful plants, with just a few flowers. My vegetables tend toward the same, but I have learned to combat this both with the addition of soil amendments each spring and fall, as well as a foliar feed high in phosphorus and potassium. 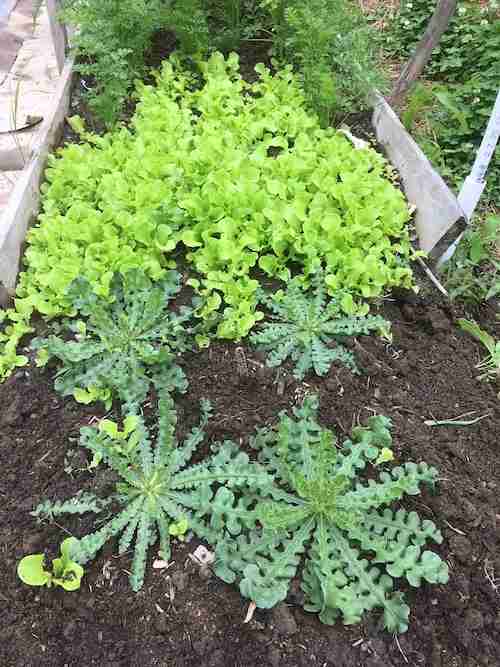 I describe this garden as “primarily” a vegetable garden, because I am no good at keeping the food from the flowers. I rescue cosmos volunteers and tuck them in among my tomatoes to wave in the September breezes. I let native ground nut climb the protective cages around my apple trees, and lovely native rushes disrupt my garden paths. Various flowers and medicinal herbs fill spaces at the ends of rows or between taller plants. My flower gardens are similarly distracted. Lettuce circles my roses, lunchbox peppers back my petunias, and I always keep a sungold or two near the house for easy snacking. They’re all beautiful and work together to draw in diverse garden friends, and repel those I’d rather see less of.

This season (as in most) the weather has been the biggest news in the garden. Early on it was the cold. Well into late May it was cold like November. Most of what I had in the ground was under a small plastic hoop, so they didn’t mind the cold. But this year my peas didn’t come up ‘til early June – I’m still not certain I’ll get any fruit. One blessing though, of my heavy, wet soil is that the moisture it retains also seems to provide an insulating buffer to the air, and the late frost that cost so many of my friends their basil and tomatoes (and one farmer’s crop of strawberries) never reached my garden. 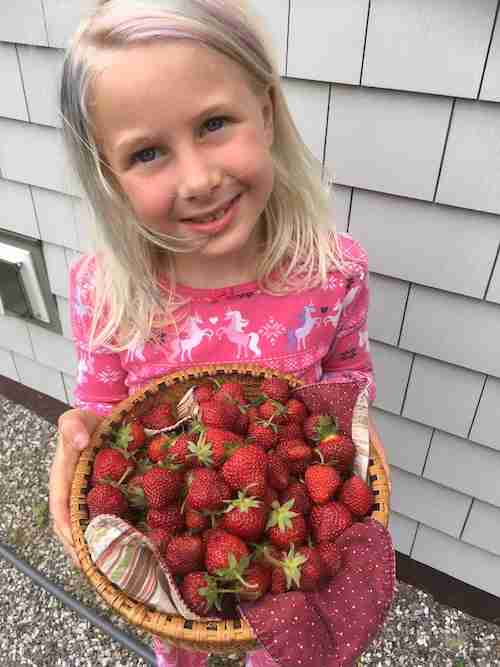 Sometime around when the calendar said June was beginning, November ended and late July began – a swift change-over to stifling heat and only occasional rain, and that in violent bursts. A couple summers ago, when talking about the growing season, a farmer-friend told me he thinks our weather patterns have become more like monsoon seasons; there’s no real shoulder seasons, we go suddenly from winter to summer, summer to winter, and the rain isn’t distributed through damp springs and falls, but comes suddenly, and all at once. As I have contemplated the seasons since he shared this, I can’t help but agree. Light spring rains every few days, seem to be a thing only dreamed of in recent years.

Years ago, my husband – who is no gardener, but does his best to support me – convinced me to get set up with drip irrigation and simple timers. This was primarily so we could go away during the summer months and I wouldn’t have to worry about what it was costing me in the garden. This year the irrigation was set up early, but it is a fact that irrigation seems to just keep things alive – they don’t thrive. This was clearly exemplified after a huge (close to 2”) downpour a few weeks ago: Despite good watering, there were a handful of crops (my basil and peppers in particular) that were looking gloomy. Much of the rest of the garden wasn’t doing much. We got that sudden Saturday afternoon storm, and by Monday my basil looked two inches taller. Everything in the garden seemed to have suddenly found its freedom to grow. I commiserated with a neighbor with decades of experience landscaping, she saw the same, and has for years. What is it? Is the pH of rain so different from well water? Is there some perfect balance of leaf and soil wetting that comes with rain? Likely I’ll never know.

The lack of rain this season has primarily cost me the crops that I start from seed – beans, zucchini, and cucumbers. All have been replanted several times, and are still struggling to do much. Combined with this, for reasons I just can’t fathom in this dry spell, the slugs have been voracious. Slugs are a persistent issue in my garden because of the inherent moisture of my clay soils. But this season they have been a particular scourge. When a little zucchini finally pokes up its seed leaves from the soil, if I’ve let my guard down, or not had time to armor it, by the next morning it will have entirely disappeared. Evil slimy buggers. 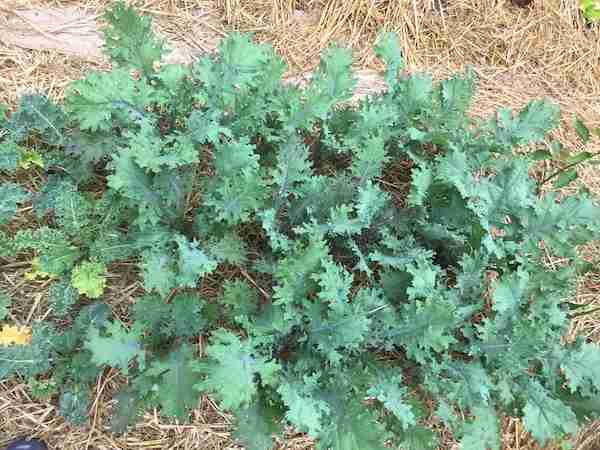 So what has done well in this year of cold, heat, and dry? Well, the garlic (which is always my best crop) upholds the hopefulness of June. The kale that I seeded way back in the first week of March is producing more than we can eat. The strawberries have come on well, and I’d say we’ve even been able to get to most of those before the chipmunks and slugs! The tomatoes are looking vigorous, and my experiment with edamame, so far, looks to be progressing well. But, all hope and hard work aside, I am grateful to say my gardener’s destiny is mitigated by the blessings I count: With three farmers markets per week just a few miles from my house, a group of local farmers that I love and trust, and my own good providence to have the resources to purchase the food I need for my family – I know I’ll still have plenty of green beans and cucumbers this summer no matter what the hopefulness of June my come to deliver.