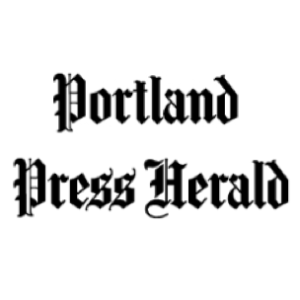 Popham Beach had its busiest month on record in July, helping put the Maine State Park system on track to break attendance records for a third consecutive year, according to the Maine Department of Agriculture, Conservation and Forestry.

Over 62,705 visitors spent a day at Popham State Park last month, up 110% from July 2021, according to the State Parks Public use report. There were about 1.8 million total visitors to Maine’s 48 state parks and historic sites from January through July, 3.9% more than through that same period in 2021.

A lengthy spell of hot weather contributed to the spike in visits to sites like Popham, Scarborough Beach and Range Pond, according to Britt.

“When we have beautiful weather, we have really strong numbers overall,” he said. “That heat wave sent all of us to the beach.”

Yet he added the state park system’s high daily visitation and camping numbers, which are also up 2.6%, are the continuation of a trend sparked by the arrival of COVID-19.

With limited options for socializing indoors, Mainers and visitors from nearby states turned to Maine state parks at record rates in 2020, despite parks closing in the spring. Since then, the flood of visitors hasn’t slowed, even as restrictions have loosened.

“I do believe that we can directly correlate this to the impact of the pandemic on people’s interest and desire to be experiencing the outdoors,” Britt said. “Folks discovered the beauty of Maine state parks as a destination, and they are sticking with it.”

“During the early days of the pandemic when everyone was inside, one of the few things they could do was get outside on public trails,” Twitchell said. “I think that tangible benefit that our work is bringing to people is translating to new members.”

While the influx of visitors is welcome, it can pose challenges and increase costs for those tasked with maintaining public lands, Twitchell said. She hopes the spike in interest in the outdoors will translate to more donations to fund trail maintenance, improved parking and the conservation of more lands.

Money is already set to flow to the State Parks system, thanks to a $50 million initiative launched by Gov. Janet Mills in June.

“Our state parks are treasures that belong in perpetuity to the people of Maine for the enjoyment and benefit of the people of Maine,” Mills said during the announcement event. “With this funding, we will undertake the important and long-neglected work of rebuilding our parks as part of our effort to improve the experience they offer and to secure their place as vital economic engines in communities across Maine.”

Besides funding infrastructure upgrades and trail maintenance, the investment will pay for accessibility measures, including a recently installed mobility mat at Popham that allows people in wheelchairs to more easily navigate the beach. Mills is set to visit the site on Thursday.

Britt hopes the upgrades will help bring even more record crowds to Popham and other state parks. Whether adventurers try Quoddy Head, Roque Bluffs or some other spot, he said they’ll likely find themselves hooked.

“It’s a tall order to find a place that you don’t fall in love with,” he said.