The midcoast Maine region is home to a particularly high density of farms and organizations committed to promoting food access. Over the past months, a number of local farms, along with the Merrymeeting Gleaners and the Brunswick-Topsham Land Trust (BTLT), have been working together on an ambitious project to collect and distribute hundreds of seedlings to dozens of food access programs across the southern midcoast region. The project is already proving hugely successful, with thousands of plants having been distributed. In time, these seedlings will mature in various gardens around the region and yield significantly more food per unit than redistributing already grown vegetables. 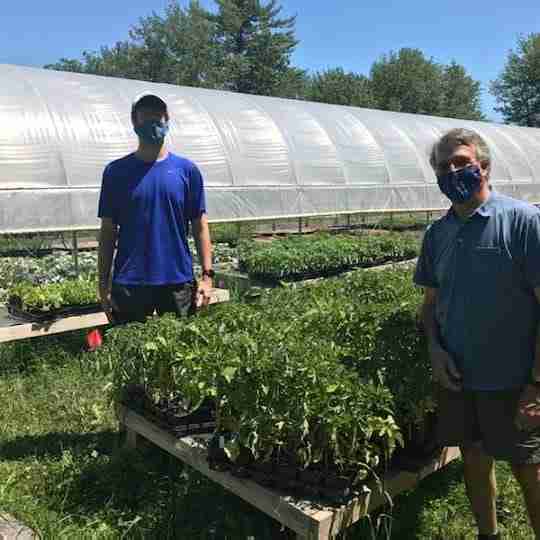 “We hadn’t done much seedling donation before this year,” said Ben Whatley, co-owner of Whatley Farm, one of the farms who has taken the lead in donating seedlings. “It was always just excess produce going through… when we’ve had the gleaners out to glean the crops on the fields. [Gleaning seedlings] was a new idea [for us].”

A few months ago, Whatley reached out to Kelly Davis (Gleaning Coordinator for the Merrymeeting Gleaners) and Jamie Pacheco (Program Manager at BTLT) offering to donate a variety of excess vegetable seedlings. Pacheco and Davis contacted a network of partner organizations in the area to gauge interest, with the Merrymeeting Gleaners managing the logistics and distribution. The response was rapid and enthusiastic. 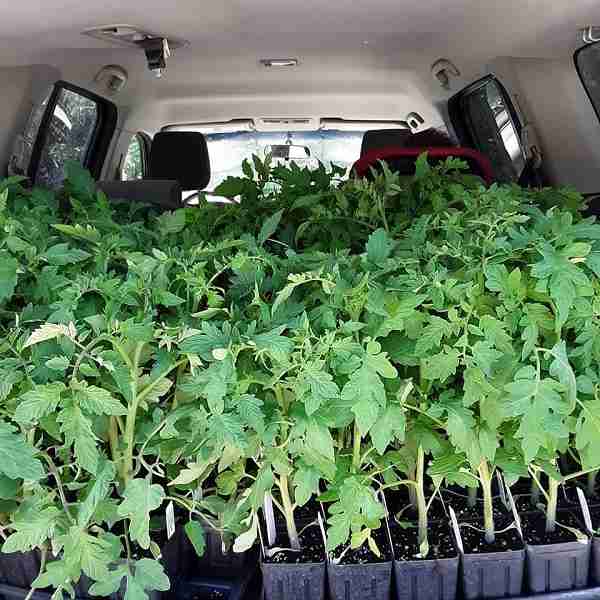 Whatley Farm seedlings to be delivered

“Seedlings aren’t really something we’ve gleaned before, but [Whatley] reached out to us asking if we could use the seedlings and I was like ‘OK, let’s try it,”’ said Davis. “I put an email out to all our partners and I got an overwhelming response—within half an hour, I had to stop taking requests!”

Since that initial proposal, about 2,000 seedlings have been distributed to a wealth of organizations in the midcoast Maine area, with Milkweed Farm, Six River Farm and Goranson Farm also contributing seedlings.

As opposed to simply distributing produce, as the Merrymeeting Gleaners typically do, these seedlings have the potential to produce an exponential effect once they grow to adulthood and start to yield food themselves.

“When you think about it, if over 500 seedlings from Whatley Farm were donated, and if you look at the average tomato plant at a home garden, you might get 8 pounds of tomatoes,” said Davis. “Of course, those are averages, but that’s a lot of food when you multiply [8 pounds of tomatoes per seedling] by 500 [seedlings].” Indeed, a quick back-of-the-napkin calculation shows that the 2,000 plants distributed so far could eventually produce close to 8 tons of food by the end of the year. 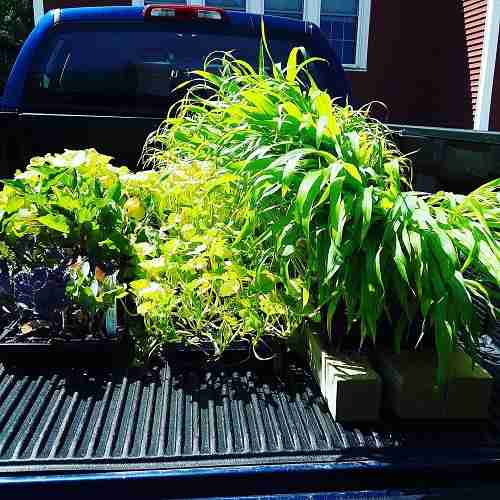 Further, these seedlings have the potential to act not only as an important source of food for those in need, but as a way to claim some food sovereignty. This was part of the reason Davis was excited to take on this project.

“I’d like to think that some of the individuals and families that have received gleaned produce over the past few years have because of that taken more of an interest in where their food is coming from,” said Davis. “And maybe now, the next step is growing some of that themselves … I don’t think gleaning is ever going to go away, but I love thinking about [how this is] taking it a step further and empowering people to grow their own food.”

Picking up seedlings to be delivered

The success of this cooperative project between area farms, the Merrymeeting Gleaners and BTLT is a testament to the strength of the local community of organizations committed to combating food insecurity. This project is in many ways a story of the power of collaboration— working together, these organizations create a far larger impact in their communities than any of them could have on their own.

“The reason that food access programs can be so successful in the region is that organizations like ours and Whatley Farms and the Merrymeeting Gleaners [can and do work together],” added Pacheco. “None of us can do it alone. I think that is well-understood and well-represented in the partnerships we all seek out.”

Pollinator Project at the Community Garden