It’s Not Too Late for Pumpkins

It’s Not Too Late for Pumpkins

It’s after Halloween and you’ve already carved a pumpkin or two, but don’t put your carving knife away. There’s plenty to make with the pumpkins that still appear at the market. Although the BTLT Saturday Farmers’ Market recently closed for the season, you can fill your pumpkin needs on Saturdays at Fort Andross starting on November 10th or outside on the Brunswick Mall on Tuesdays and Fridays until Thanksgiving.

I am always surprised by the variety of pumpkins – from the tiny decorative Jack-Be-Little pumpkins to the fat and squat Cinderella variety. Did you know there are also Rock Star pumpkins and Fairy tale pumpkins? Those are just the orange ones. Then there are the White Ghost pumpkins and the blue Jarradale pumpkins. There are apparently over 42 different varieties of pumpkin (https://www.tootsweet4two.com/42-types-of-pumpkins/). And, finally there’s always the pie pumpkin. That’s the sweet one I’ll focus on for the recipes below. It’s not too big or too hard and is also easy to find at the Farmer’s Market. You might pass them by now that Halloween is over or if you aren’t making a pumpkin pie for Thanksgiving, but there’s a lot beyond pie that you can make with a good local pumpkin.

Nevertheless, I have to start with a pie story – and a recipe. I’ve never liked pumpkin pie and I always felt disheartened at Thanksgiving when that was the dessert presented. It was a little too gelatinous and either too sweet or too bland. But, several years ago a friend made a pie for me that changed my mind. The difference was that she made it with fresh pumpkin that she had roasted and pureed. You may be tuckered out on cleaning and carving pumpkins, but this is really worth it. And, if you have some cooked pumpkin leftover, you can use it in the muffin recipe below. The other part of pumpkin pie I’ve never been a fan of is the soggy crust. The recipe below includes how to make a graham cracker crust by getting any little people you have around to stomp on Ziplocks full of graham crackers to crush them (make sure to use the sturdy bags or double them up). The last recipe is also fun for kiddos – a pumpkin soup that you serve in a hollowed out pumpkin. Yes, you have to clean out more pumpkins, but it is really fun to eat out of the pumpkin and you can keep them for several days in the refrigerator. For this one, you simmer the chunks of pumpkin instead of roasting them and then puree them in the soup, topping it with shredded cheese. The recipe is for Gruyere or Swiss, but you could use any cheese you like from your favorite market fromager. I also like to top the soup with duqqa (an Egyptian blend of nuts, seeds and spices) from the market’s Gryffon Ridge.

So, here you go. A different version of pumpkin pie and some other ideas for how to use pumpkins after the ghosts have gone.

Salt and white pepper to taste 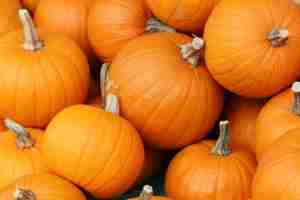 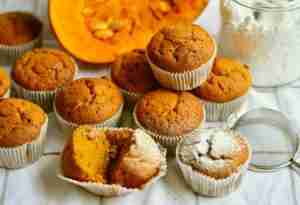 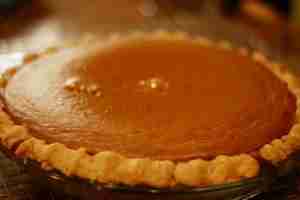 BTLT in the News, “Land’s End”
Scroll to top
Translate »