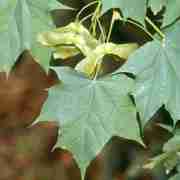 “Invasive” species refer to a species that is not only not native to a particular area, but is actively displacing native species and changing the makeup of an ecosystem. While some invasives may garner headline-grabbing attention such as the European green crab marching along the Maine coastline, many other species of invasives, particularly plants, are slowly and quietly redefining the ecological niches they now inhabit.

The Maine Department of Agriculture, Conservation, and Forestry defines an invasive species if it carries these three characteristics:

A few Invasive Plant Species to Look Out For: 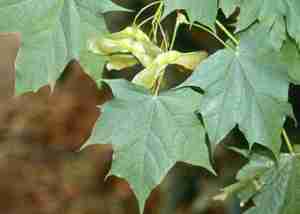 The Norway maple is a native of northern Europe, but was introduced as a landscape tree in cities and suburban areas around the state as a fast-growing hardwood that provides a dense shade canopy. As a direct competitor with native Maine maple species (silver maple, red maple, and the beloved sugar maple), Norway Maple threatens these species in their own habitats by growing quickly and shading-out native saplings. 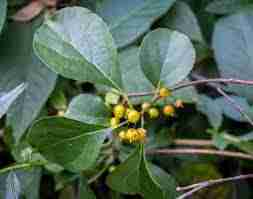 Most iconic in late fall, Asiatic Bittersweet produces red berries with yellow covering that Mainers often make into festive holiday wreaths. Bittersweet was introduced as a landscape ornamental and historically spread by Maine DOT as fast-growing roadside cover for erosion control. Bittersweet seed is spread via bird droppings, but also through improper disposal of bittersweet wreaths (wreaths should be bagged and landfilled – or, preferably, not created or purchased at all). While Bittersweet climbs and eventually strangles trees, dense patches of the invasive species was also found in a 2011 study to harbor high tick populations. 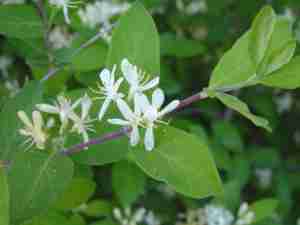 The several varieties of invasive honeysuckle share similar traits. A Tall shrubby plant (6-10ft), honeysuckle can be distinguished by its paired leaves and when a stem is broken, its hollow pith. Several native varieties of honeysuckle exist, including the mountain honeysuckle which is endangered in Maine. Maine native species are much shorter (only 1-2ft tall) and all Maine native species have an exclusively solid pith making them easily distinguishable from their invasive counterparts. Invasive honeysuckle outcompetes natives in similar ecosystems due to faster growth and greater height. This plant can also establish dense stands that limit the movement of wildlife. 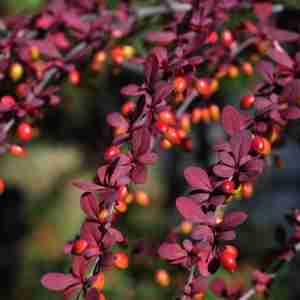 Japanese Barberry is a distinctive shrub with oval leaflets and thorns along stems that produces red berries in the fall. Turkey and Grouse love these berries which aids in its spread via seed, although plant limbs that touch the ground can produce roots, which increases the density of established colonies. Japanese Barberry was brought to the US as a replacement for common barberry which can host stem wheat rust, a fungus that has historically had a severe impact on wheat crops. Barberry has the greatest ecological impact when it can proliferate to grow in dense colonies to crowd out native understory plants, eventually altering mature forest ecosystems. 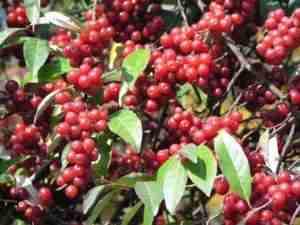 Autumn Olive is a tall treelike shrub (10-20’) with long thin leaves with silvery undersides and no relation to true olive trees. Autumn Olive produces red fruits that are commonly eaten by birds and mammals but are poor in nutritional value. A study noted by the University of Maine Cooperative Extension found that Autumn Olive fruit contributes to malnutrition in migratory bird populations. Autumn Olive also creates ecological concern primarily with changes to forest understory as it eventually creates an unnatural midstory in open mixed deciduous forests. 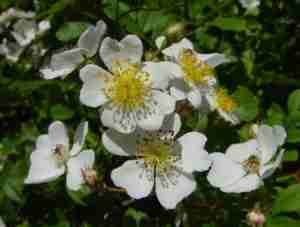 Multiflora Rose is a bushy shrub with thorny branches most visibly identifiable when blooming in June, and difficult to distinguish from native raspberry and blackberry in other months. The rose species produces white flowers and is distinct from all native roses which produce pink flowers. Multiflora Rose proliferates rapidly and competes with native raspberry and blackberry species as well as other ground cover plants for the understory of forests and the margins of cleared land.

Much of this article was written with the help of resources from the Maine Department of Agriculture, Conservation, and Forestry. Additional resources including a full list of invasive plant species in Maine and several helpful plant identification guides can be found at their webpage, here: https://www.maine.gov/dacf/php/horticulture/invasiveplants.shtml 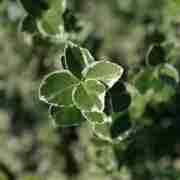 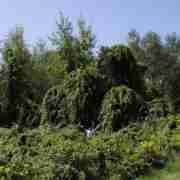 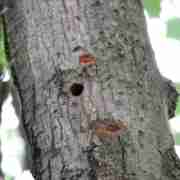