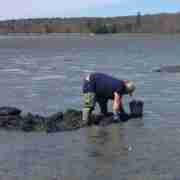 Intertidal: State has a lot to offer in local seafood

Whelks, pogies, mackerel, Jonah crabs, razor clams, squid, moon snails, quahogs, soft shell clams, lobster, oysters, bluefish, seaweed — these are just some of the seafood varieties that are harvested off Brunswick’s shores. As Cody Gills, chairperson of Brunswick’s Marine Resource Committee, shellfish harvester and commercial fisherman put it, “There are a lot more fish in the ocean than haddock.” Gillis was one of four panelists that were part of a recent event, “Fisheries in Our Town,” held at the Curtis Memorial Library on Nov. 2. The event was a collaboration between the Brunswick-Topsham Land Trust and Maine Coast Fishermen’s Association that drew a local in-person audience as well as participants via Zoom.

Elaborating on the point that Maine has a lot to offer in terms of local seafood, panelist Quang Nguyen, owner of the Fishermen’s Net Seafood shop and restaurant, added that in Vietnam, where he grew up, everything is farmed.

“In Maine, it’s amazing how many choices there are,” he said. “It’s just that not everyone knows about them or what to do with them.”

Jaclyn Robidoux, a panelist from Maine Sea Grant added, “If I gave most people a plate of kelp, they wouldn’t know what to do with it.” That’s despite the fact that Maine is the number one state for seaweed aquaculture.

Local food writer and editor of Edible Maine, Christine Rudalevidge, pointed out that there are great resources out there like the Seafood Nutrition Partnership (seafoodnutrition.org) for people who want to learn to cook different types of seafood. Rudalevidge also contributed a recipe to MCFA’s cookbook, “Catch,” which features locally harvested seafood. Value-added products are also on the rise as a way to introduce people to new species. Attendees at the event were able to sample one of these, Maine Coast Monkfish Stew, a product created in collaboration with Hurricane Soups & Premium Chowders in Greene using sustainably harvested monkfish along with Maine produce and dairy. The proceeds from the sale of the stew benefit MCFA’s Fishermen Feeding Mainers program that donates fresh seafood to schools, food pantries and community groups statewide.

There was a lively discussion between the panelists as well as members of the audience covering topics like what the working waterfront means to different people and what the challenges are facing those working on the waterfront in Maine. Access was an issue that several panelists pointed out as a significant challenge. Moderator Monique Coombs, MCFA’s director of community programs, pointed out that in the entire state of Maine, there are only 20 miles of working waterfront. Despite having over 6,000 miles of coastline, only a small amount is accessible to those that want to harvest its marine resources. The balmy Wednesday evening also included a discussion of climate change and the shifts in species distribution and seasonality that those working on the water are seeing. Keeping up with the regulations that each fishery must comply with was identified as another significant challenge.

“Make sure your seafood was caught by a Maine fisherman,” Rudalevidge said. “We have to reward them for sticking to such stringent regulations.”

Nguyen echoed this, adding that when he grew up in Vietnam, people used explosives to catch fish and there were virtually no regulations.

“Now there are no fish there unless you go far out into the ocean,” he said.

The panel was a fitting end to October’s National Seafood Month — a celebration of how lucky we are in Maine to have locally harvested seafood that supports not just the harvesters but the entire working waterfront. If you missed the event and are interested in hearing more of the discussion, a recording will be available on the MCFA and BTLT websites: mainecoastfishermen.org and btlt.org.

Watch the full panel event below! 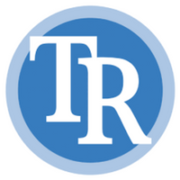 BTLT In the News: "Intertidal: ‘Fisheries in Our Town’ highlights seafood’s impact on Brunswick"

Give the Gift of a BTLT Landscape