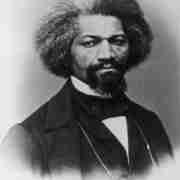 Imagine it is the Fourth of July 168 years ago. The year is 1852, and the slavery question simmers under all of American life. The brutal, inhumane system that built America cannot sustain itself, and this fact is realized by even the most ardent anti-abolitionists. Something must give; the Civil War is coming. Famous abolitionist and orator, Frederick Douglass speaks at a meeting for the Rochester Ladies’ Anti-Slavery Society. Douglass’s speech, dubbed “What to the Slave is the Fourth of July,” highlights the gross incongruity of the day. Powerfully, Douglass says, “The blessing in which you, this day, rejoice, are not enjoyed in common. The rich inheritance of justice, liberty, prosperity and independence, bequeathed by your fathers, is shared by you, not by me. The sunlight that brought life and healing to you, has brought stripes and death to me. The Fourth of July is yours, not mine.”

Douglass spoke when black people were enslaved, yet his words are still as relevant today as they were then. “Justice, liberty, prosperity and independence” are not guaranteed to all Americans. People of color are more likely to be imprisoned than their white counterparts. The average white family has nearly ten times as much wealth as the average black family. Black people are less likely than white people to graduate from college, own a home, or spend time outdoors.

Fourth of July is supposed to be a celebration of the United States—of the promise enshrined in the Declaration to provide “life, liberty, and the pursuit of happiness” for all. Unfortunately, the United States does not realize this promise, not by a long shot. We need to change how we celebrate the Fourth. Instead of celebrating the “accomplishments” of the United States, we should use the Fourth to improve the country.

Have a barbeque, drink a couple of beers, but also use the Fourth as an opportunity to educate yourself about the failures of the United States, to donate to organizations striving for equality and justice, and to center the voices of BIPOC (Black, Indigenous, and People of Color).

Although Douglass’s speech was rightfully critical of the United States, there were glimmers of hope in his words, “Three score years and ten is the allotted time for individual men; but nations number their years by thousands. According to this fact, you are, even now, only in the beginning of your national career, still lingering in the period of childhood. I repeat, I am glad this is so. There is hope in the thought, and hope is much needed, under the dark clouds which lower above the horizon.” Even now, the United States is only 244 years old. We are still a  young nation, and we can still change for the better. In fact, we must change for the better. I encourage all of you to use the Fourth of July to do so.

Celebrating Pride: Inclusivity in the Outdoors