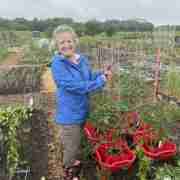 My name is Jane Olsen and I am a rising junior at Bowdoin College working at the Land Trust for the summer supporting the Tom Settlemire Community Garden. As a new member of this gardening community, I have been delighted to get to know the over 82 plot holders at the Garden, young and old, with all ranges of gardening experience. Recently, I spoke with Rachel Debastis, a first time plot holder this year, who happens to be cultivating a plot previously owned by Bill and Jennifer Mason. The Masons have been plot holders since the start of TCSG, in 2012, and recently shifted their gardening space to a pair of raised beds across the Garden. 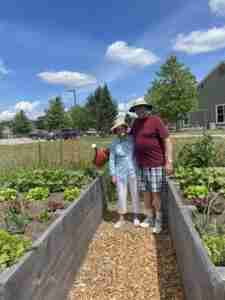 “It’s a great story. The year we moved back, we’re at the Farmers’ Market on Saturday morning, and I got this tap on my shoulder. And this guy looked at me and he said, ‘Bill Mason, I’ve got something you’ve got to get involved with: the Brunswick-Topsham Land Trust’ – and of course it was Tom Settlemire,” said Bill.

Sitting across from me at the picnic table in the Garden, Bill and Jennifer Mason told me the story of their involvement at the Land Trust, sharing memories from the start of the Garden over ten years ago.

“Early with the Land Trust, Linton Studdiford tapped me and some other people and said, ‘I think we really ought to start a community garden of some kind.’ We had our own garden, and our own house and then from there we moved several times so we didn’t have the biggest garden, we were so ready.”

Prior to moving back to Maine upon retirement, Jen and Bill had lived in various places around the state, but have since appreciated the time they now have to spend outside.

“It’s so rewarding. We both had administrative jobs and had very little in the way of manual labor. And when you dig in, you get involved. That’s what’s so wonderful about this community because you share. You know, it’s volumes of knowledge that you just live with,” Bill shared.

As someone new to the Garden, I am particularly interested in the history of this community and how it has come together over the years. While the Garden now includes over 80 plots, maintains a compost station, and a detailed irrigation system, when it started it was very simple.

Bill explained, “In the beginning, people weren’t sure what they were doing. It was all from scratch. We’ve learned a lot from each other. The best symbol for this Garden’s start is that little pink hand pump over there next to the shed. That was the only source of water we had when we started and we only had a little compost bin. Little by little they’ve added all those other things going on, everybody started their own ideas and people built things. And it’s what it is today, which we are thrilled with,.”

While the Masons had varying experiences with gardening growing up, both agreed it was an important part of their upbringing. Jen explained to me that gardening was all she’s ever known, and that growing up her father had an “enormous” garden that fed her five person family. While Bill didn’t have a plot of his own growing up, every summer as a child he went to a neighbor’s house and helped tend to their garden. Because gardening has such a large presence in their lives, I was curious as to what their favorite part about gardening is. Both of them returned to the soil itself…

“We love to be of the earth. It’s great fun. I love the preparation and getting the compost mixed in and then drawing your lines for the seeds and working in the garden itself,” said Bill.

Jennifer bounced off of this sentiment, appreciating the visual changes that cultivating the earth creates; “The most amazing part is that we come almost every other day at least and the change in the garden is amazing. We have a 93 year old friend, who eats much of the food in our garden who wants to paint and highlight the change and we’re so excited to bring her here soon.”

After eight years of gardening at the same plot, Ben and Jennifer moved to a pair of raised beds across the Garden last year. But the legacy of their original plot holds strong in the hands of a first time plot holder: Rachel Debasitis. 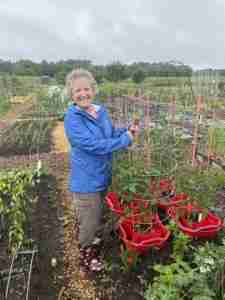 I first met Rachel at the Garden to chat during the height of a quick summer rainstorm.

She greeted me in the tool shed with some snap peas for us to share, her willingness to brave the rain reflecting an eagerness to connect to our community.

This is the first year that both Rachel and myself have a plot at the Garden, and while I am a rookie, Rachel’s experience originates from childhood memories of watching her mother garden. After she graduated college, she took her pursuit of the hobby into her own hands.

“I don’t know why I felt the need, I just wanted to and of course I [planted] really badly in terms of spacing and my understanding of the difference between perennials and annuals, but then I gradually got really into it.”

After some time experimenting, many plotholders in the Garden now know Rachel for the red plastic contraptions in her plot, what she calls her “tomato halos,” from the Garden Supply in Vermont. Not only do the tomatoes respond well to the vibrant color of these red structures, they uphold small reservoirs of water around the plants to allow for consistent watering. For Rachel, this product is just one of the ways she is “playing” and trying out different techniques to best support her plants.

Innovative cultivation approaches like Rachel’s spark conversations around the Garden; it often feels as though the whole community is invested in not only the various strategies of the collective but also the successes and failures of their neighbors. Although Rachel expressed that she often comes to the Garden to recharge with peace and quiet, she also emphasized that the community aspect brings her joy…

“I like talking to other people interested in the same thing. I like just asking people about why they’re doing what they’re doing and you know, seeing the difference? Because there isn’t one right way to garden. There’s some wrong ways. But there are also things that I haven’t thought about, which is kind of neat. You can also see what does well here and what doesn’t.”

Ultimately, Rachel expressed that when it comes down to it, what draws her to the Garden is very simple:

“I think it’s a feel good thing, it’s just so satisfying. I’m being productive and having fun. And I’m getting exercise, all of which is good for you. Sometimes I will just at the end of my work time just kind of zigzag around the Garden and see what’s going on. I’ve been sort of learning by watching and I plan to keep coming back for as long as I live here.”

From Rachel, a first time plot holder curious about the future of the Garden, to Bill and Jennifer, who know the history of this space like the back of their hand, the Tom Settlemire Community Garden is filled with collective knowledge and inclusive energy.

Bill and Jennifer’s Advice for a New Gardner: “Start simple. People have grandiose ideas when they first get the garden, I think managing a couple of plantings makes all the difference. And you can grow into more.”

Rachel’s Advice for a New Gardener: “Watch what other people are doing and talk to them. If you’re gardening on your own, don’t put things too close together. Yeah, it looks sparse to start, but it does not stay sparse. My garden is really quite densely planted, but I have the time to keep an eye on it. And keep it very clear of weeds and things like that.”

Bill and Jennifer’s Recipes: “We’ve been eating red lettuce for a week or two and it’s such a good salad. We do Big Beef for sandwiches, salads, casseroles and spaghetti sauces. Peppers, tomatoes and onions go into spaghetti sauce for the whole year. If we have 10 tomatoes and we know we can eat two or three, then we have neighbors. And if the neighbors don’t need any more, then we’ll donate.”

“One of our favorite recipes is with zucchini and summer squash. These raised gardens aren’t quite big enough for squash so we go to the Farmers’ Market to give them some business. But yeah, so it’s zucchini and summer squash, potatoes, onions, cheddar cheese and bread crumbs on top, And there’s a ton of juice in zucchinis. And cook it for an hour at 350 and it’s delicious.”

Rachel’s Recipes: Rachel had many recipes to share, from the “burst of summer,” packed within a dehydrated tomato to the “life changing” way that soy sauce and sesame oil can amplify a tomato’s freshness. Perhaps her most exciting recipe involves hot peppers:

“Two years ago I had so many, I crumbled them up in the food processor and actually gave a full pint jar to my father and brother as a Christmas present. My father still raves about it. Oh my god, it’s so much better than the stuff on the shelf. And he likes it because he doesn’t cook at all. So it works out very nicely. I’m hopeful for a good pepper season but we’ll see what happens.” 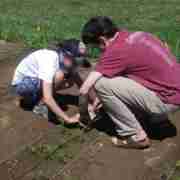 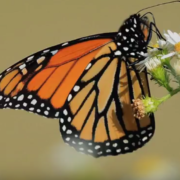 I Want More Birds in My Yard! Part 1 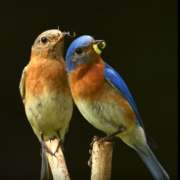 I Want More Birds in My Yard! Part 2 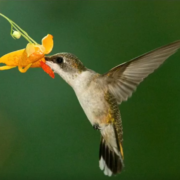 I Want More Birds in My Yard! Part 3 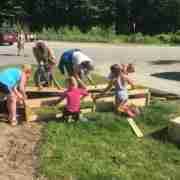 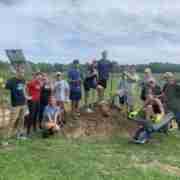 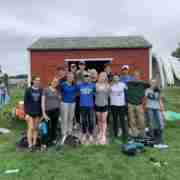 BTLT In the News: “A quick tide propels your paddle on the Lower Cathance...

BTLT In the News: “Your Land: Blue bounty at Crystal Springs FarmR...
Scroll to top
Translate »