Archive for category: Our Environment

This week, I’m thinking about animals. As most of you know, climate change is adversely affecting animals. This is deeply sad and, I think, should motivate people to fight climate change. So let’s look more closely at two animals, the now extinct Carolina Parakeet and the starfish of Maine, to better understand the importance of animals and how much we would lose if we do not combat climate change. 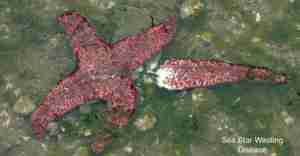 Let’s start with the starfish. I’ve only seen a starfish once in my life, but the sighting had a substantial impact on me. When I was a child, my father took my brothers and me on walks along the Maine coastline. We walked in the early morning, a few hours after sunrise. On the morning we found the starfish, my youngest brother gave a sudden shout, and I ran from the edges of the sea to where he stood pointing. The starfish was stuck to the rocks a few feet above a tide pool. It was perfect. It was the same sandy pink as the rocks and each arm formed a cartoonish pointed tip.

When I held the starfish in my hands, I had an incredible realization that the starfish and I were not so different. Our ancestors both evolved in the sea over millions of years, and, out of all the times and places in history, we ended up together, here, on this morning.

Nature, and especially animals, have the power to remind us of our unique place in the world. In many ways, humans are just another species caught up in the food web. Yet, we are also thinking, feeling beings who have a responsibility to care for the land.

Unfortunately, we have failed to protect the natural world. Instead, we have abused the environment, and we are actively harming the very species that bring us so much joy and connect us to our humanity. This idea had been ruminating in my mind, but it did not come into focus until I read J. Drew Lanham’s Forever Gone. Lanham discusses the extinction of the Carolina Parakeet, a bird he feels a particular connection to as a black man. As Lanham explains, the Carolina Parakeet thrived in the American South before its extinction in the early 20th century. Lanham believes that his enslaved ancestors felt a connection to the Carolina Parakeet.

In the grueling hours of manual labor, he imagines that his ancestors looked to the sky, to the flocks of Carolina Parakeets eating cockleburs and calling to each other in jubilant expressions of freedom, and felt hope. 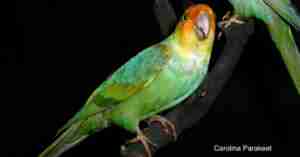 Lanham mourns the Carolina Parakeet’s extinction because the parakeets embodied his connection to the land and the land’s history. Likewise, my encounter with a starfish helped me to realize the depth of our connection to the natural world. Although starfish are not extinct, in 2013 and 2014, there was a starfish disease outbreak on the west coast and parts of New England. This disease, Sea Star Wasting Syndrome, causes starfish to develop lesions, lose their limbs, and eventually disintegrate into mush. New research discovered that warm water temperatures exasperate Sea Star Wasting Syndrome. Therefore, as the water warms due to climate change, more and more starfish could be at risk. The 2013-2014 outbreak caused millions of starfish to die. Currently, starfish populations are recovering, but Sea Star Wasting Syndrome might become a threat to starfish again.

Starfish and Carolina Parakeets are only two examples of the thousands of species that have been negatively affected by humans. Animals give us so much. Animals renew our spirits, connect us to the land, connect us to our ancestors, and connect us to ourselves. Yet, if we do not change how we treat the world, we could lose many species. If we lose animals, we are losing parts of ourselves. We must change for the better.

Many of you may have seen a host of new “No Trespassing, Federal Property” signs at Brunswick Landing. This includes trails that lead off of BTLT’s Neptune Woods property. These signs now clearly mark what has been, and continues to be, Navy owned land.

The US Navy is currently enforcing their no trespassing regulations through signage and video monitoring because the land is undergoing further environmental study and remediation work. Trespassing on federal land is a federal crime and the Navy can pursue appropriate legal actions against violators, THEY ARE SENDING PHOTOS OF TRESPASSERS TO THE BRUNSWICK POLICE.

BTLT is working diligently to help assure that the land designated for use as recreation lands in the BNAS Redevelopment Plan is ultimately both accessible and safe for the community. We hope that the recreation lands on the east side of the Landing are appropriately remediated and turned over by the US Navy soon, and we will continue to actively advocate for public access on these lands and for appropriate remediation to assure that those lands are safe for the community and the natural systems that are resident on the land.

For questions or concerns about Navy lands, you can contact local Navy officials at #207-406-2290