Please remember that the no dog policy at the Brunswick-Topsham Land Trust Farmers’ Market at Crystal Spring Farm begins this Saturday, October 6.

The Farmers’ Market struggled with the challenges of having dogs at the market for years and with amplified popularity of our beloved market, more challenges and concerns recently surfaced.  In the best interest of our visitors and to provide a safe, positive community space, BTLT board and staff found it necessary to adopt this policy. Since making that difficult decision in August, we have been notifying Farmers’ Market visitors, our membership, and our social media followers of this change in the hopes of easing the transition.

Thank you for your support and cooperation. 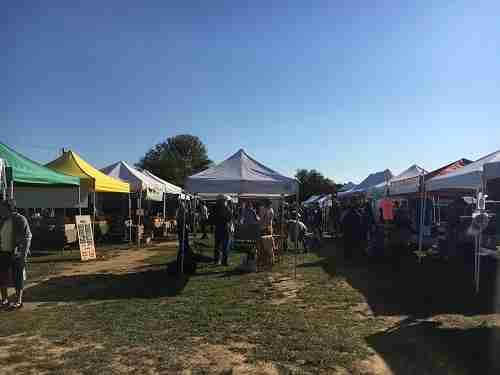 Sadly the Brunswick-Topsham Land Trust board and staff have found it necessary to adopt a no dog policy at the Farmers’ Market at Crystal Spring Farm beginning October 6.

The Farmers’ Market has struggled with the challenges of having dogs in the busy space of our Market for years. More recently, the amplified popularity of the market has brought an increased number of dogs to the market green which unfortunately has caused more challenges and concerns for public safety.  These challenges have included dog quarrels, defecation, unhealthy conditions created by dogs in vendor booths, and safety concerns such as not respecting the space of small children and the tripping hazard of leashes. In the best interest of our visitors and to provide a safe, positive community space we will institute this new policy at the Farmers’ Market beginning the first Saturday of October.

Thank you for your understanding.