On February 10, Brunswick-Topsham Land Trust teamed up with Six Rivers NEMBA, Midcoast Conservancy, and the Merrymeeting Wheelers for a group fat tire mountain bike ride at Neptune Woods. Over 40 people attended and many ended up at the Brews for a Cause Fundraiser to benefit BTLT hosted by Flight Deck Brewing on Brunswick Landing.

Patrick Gabrion posted about the ride on the cycling blog, Pedal 2 Page, covering the event.

I heard one participant say, “I love these trails,” and that was the sentiment expressed by many others. Here’s my take on the four miles of loops:

* Well groomed and the abundance of trees kept icy conditions to a minimum
* Wooden bridges, not too many and short, were wide enough that they didn’t create freak-out moments
* Well marked
* Ample parking
* Despite the occasional plane taking off at the nearby airport, the wooded area was quiet and peaceful

BTLT reached out to Six Rivers NEMBA to run Sunday’s ride. In the end, the event represented a collaboration between BTLT, Six Rivers, the Merrymeeting Wheelers and the Midcoast Conservancy, which provided 20 fat bikes to loan to participants. 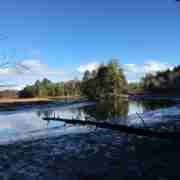 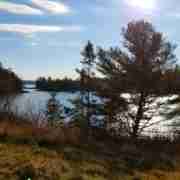 BTLT in the News, "Sandy Stott: A walk through the Neptune Woods" 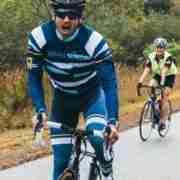 BTLT in the News, "Harpswell, Brunswick join the Dempsey Challenge" 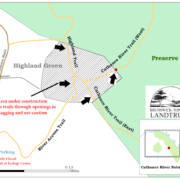 BTLT in the News, "New bike club wants to expand opportunities for riders" 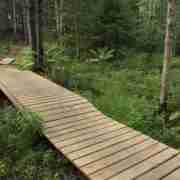 BTLT in the News, “Guest column: Finding common ground for the common...