St. Patrick’s Day may be the perfect holiday for provisioning from local farms in Maine. It’s no coincidence that Maine and Ireland both have a plethora of root vegetables including those needed for the upcoming holiday. We share a similar climate that is cool and moist with good soil for growing things in the dirt. And, because both climates have a short growing season, it is traditional to store vegetables harvested in late fall well into the winter. I won’t belabor the different types of root vegetables you can “chunk up,” as I covered that in my last blog. But, as a sort of follow up, maybe this could be called, “Boil It Up.” The traditional St. Patrick’s Day boil includes cabbage, potatoes and carrots, all of which can be procured from local farms. Let’s start with the potato – a major staple both in Ireland and in Maine. Today, trees grown by timber companies have replaced much of Maine’s acreage originally designated for potato growing. But, back in the 1940s, there were over 200,000 acres of potatoes – compare that to just over 60,000 now.  However, potatoes are still a major crop and much celebrated in seasonal events like Aroostook County’s summer Potato Blossom Fair.

But, all potatoes are not created equal. Last year at this time I went to the Farmer’s Market to stock up on St. Pattie’s veggies and was stymied by the number of potato varieties. Luckily, Cathy at Fairwinds Farm kindly helped me navigate the options. Fairwinds has a well-stocked booth both at the Friday afternoon Winter Market at the Topsham Fairgrounds as well as the Saturday morning market at Fort Andross. Fairwinds is a neat example of the way that Brunswick-Topsham Land Trust has worked with farms to provide easements for growing local food – this one is on a 19-acre easement along the Cathance River. When trying to make my potato selections, I easily recognized Russets, which I knew were good for baking, and multi-colored fingerlings, and bright purple potatoes, which I knew were delicious roasted. But, then there were about six other lumpy forms, some pink, some blue, some brown, some tan. I picked a few small red new potatoes to start, as those were also familiar. Then, Cathy suggested that I might add some small tan Satinas, named for their smooth texture and lovely rosy-skinned Red Golds – pink outside and buttery yellow inside. These were less starchy, she told me, and would hold up well to boiling. Also, intrigued by the idea of mixing up the vegetables in our boil, I added some parsnips and rutabagas to my bag. Finally, Fairwinds happens to have grain mixes of various sorts including Oatmeal flour, which I picked up a bag of for making soda bread. 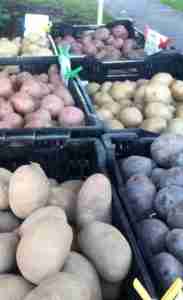 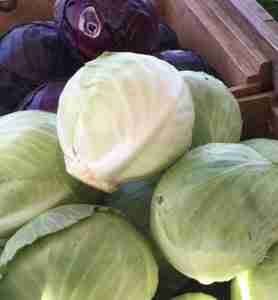 1 1/2 c buttermilk plus more if needed 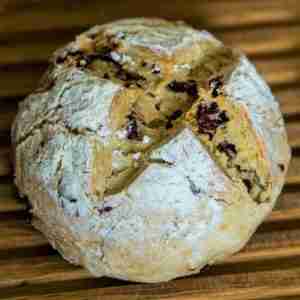