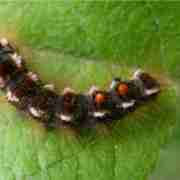 On Monday, I attend an educational program hosted by the Androscoggin Valley Soil and Water Conservation District (SWCD) along with the University of Maine Cooperative Extension. The goal of this program was to help educate community members about invasive species, their various forms throughout Maine’s four seasons, and their associated prevention techniques. The program placed an emphasis on several types of moths: Winter, Browntail, and Gypsy. The Emerald Ash Borer, Asian Longhorned Beetle, and Hemlock Woolly Adelgid were also central topics. 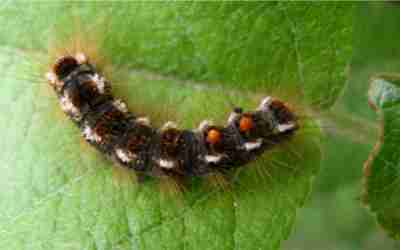 The key message that I gleaned from this workshop was to purchase camp wood and landscaping materials from the area in which they will be used rather than using imported ones. By doing so, you are helping prevent the spreading of invasive insects, plants, and bacteria—and supporting local businesses!

Over time, imported invasives will extinguish Maine’s native biotas, degrade property values, and negatively impact the state’s industries. For example, logging and maple syrup industries are at risk from invasives killing vast quantities of their stocks and resources. Tourism could also be dramatically affected when Maine’s native characteristics become depleted and when physically irritating species like Browntail Moth cause visitors great discomfort and worry (see images below). As anthropogenic activities continue to cause native species to disappear, the state will become a more unfamiliar place to those who have lived here for decades. 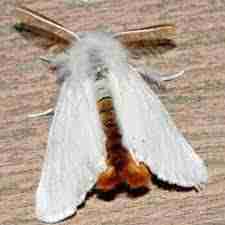 There seems to be a disconnect between ecologists and members of the general public. I would argue that both campers who bring their own camp wood from home and homeowners who choose to do business with companies that import landscaping materials have good intentions. Rather than intending the state any harm, I believe these people and companies are unaware of the impact of their choices. Although organizations like the Androscoggin Valley SWCD and University of Maine Cooperative Extension are doing their best to spread awareness on invasive species and prevention practices, there is still a significant knowledge gap. Creating effective and far reaching dialogue will be critical to combating this growing issue in Maine.